The Tbilisi Public Service Hall, designed by Massimiliano and Doriana Fuksas is situated in the central area of Tbilisi and it overlooks the Kura (Mtkvari) river. The Tbilisi Public Service Hall was inaugurated on September 2012. The building houses the National Bank of Georgia, the Minister of Energy, and the Civil and National Registry in a 42,000 m² building composed of seven volumes.The roofing is made up of a system of 11 elements situated at different heights and characterized by a mainly convex surface. These eleven rooftops, described as “petals”, are independent – formally and structurally – from the building. The petals, different for their geometry and dimension, reaches almost 35 meters and they are supported by a structure of steel pillars with a tree shape, visible, as well as the petals, externally and internally from the building. 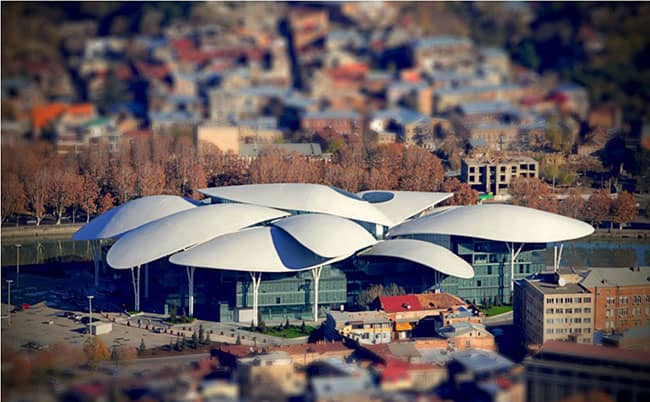 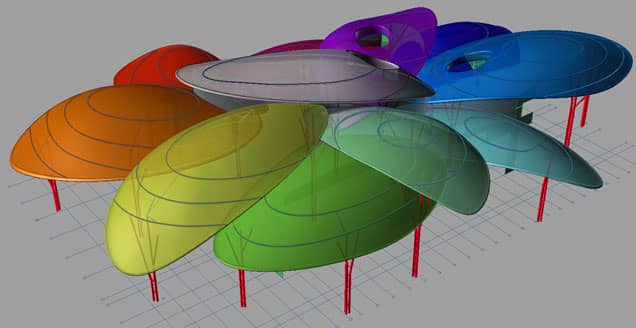 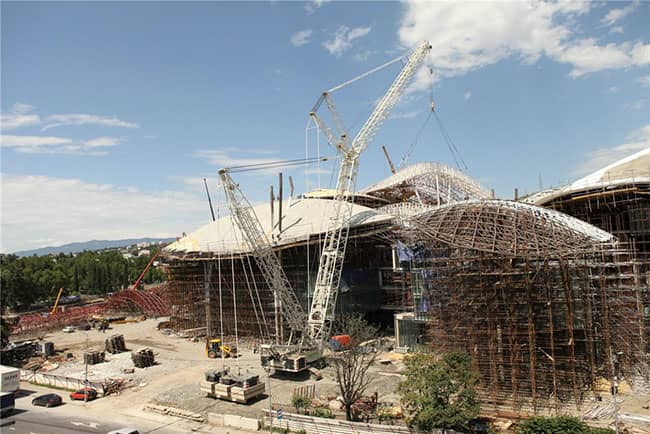