The Moltao dam site is located on Tidone river valley, a tributary of Po river, 90 km far from Milan. Tidone river has a meandered conformation and flows through the boundary of Lombardia and Emilia-Romagna regions. The artificial lake created by the dam is called Trebecco lake and has now a max capacity of 8,500,000 m³ (before the siltation process the designed capacity was 12,500,000 m³). The dam purposes are multiple: water storage for irrigation and water supply, energy production and flood alleviation/control. The dam was designed in 1920 immediately after World War I. The construction started in 1923 and ended during the Fascism period in 1928.

The dam is a gravity dam (sort of buttress dam composed of a series of arches). The facade towards the valley is characterized by a sequence of immense voids, interrupted by arches in succession.

The dam is 55 m high and the crest is 320 long. The water release capacity refers to 810 m³/s provided by the spillway, bottom outlet and lateral outlet by means of a gallery.

The dam operator in the early 2000s decided to increase the reservoir capacity of 1,000,000 m³ by rising the water level of 70 cm. To do that a new design of the following structure was requested: spillway, spillbay, spillway deflector (slotted bucket dissipator), stilling basin, scouring protection along the river downstream the dam. 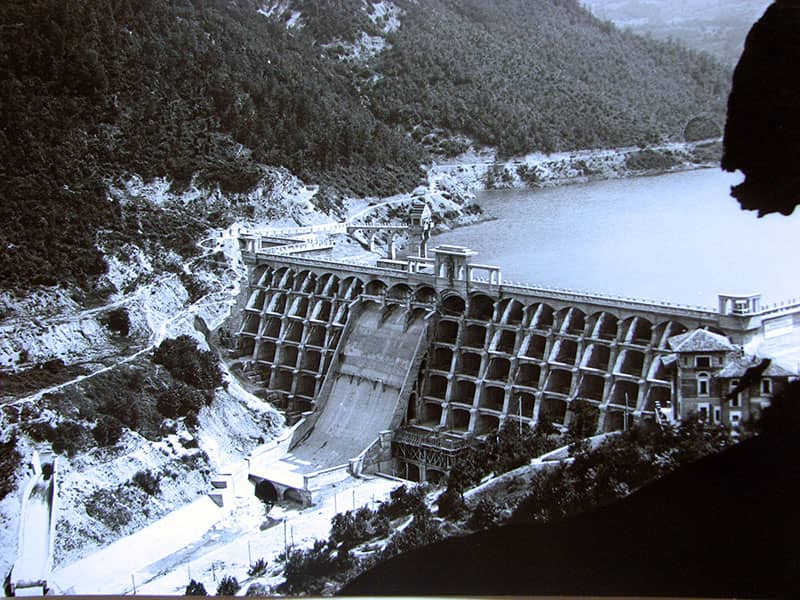 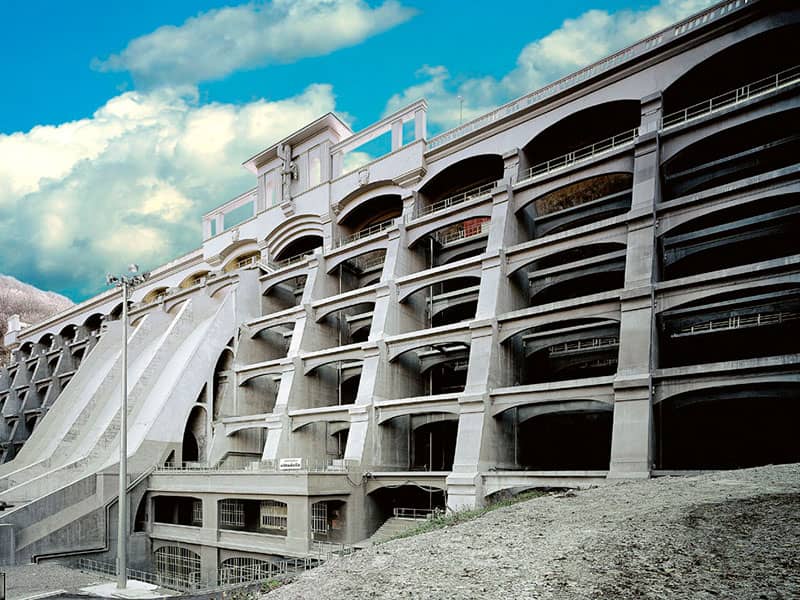 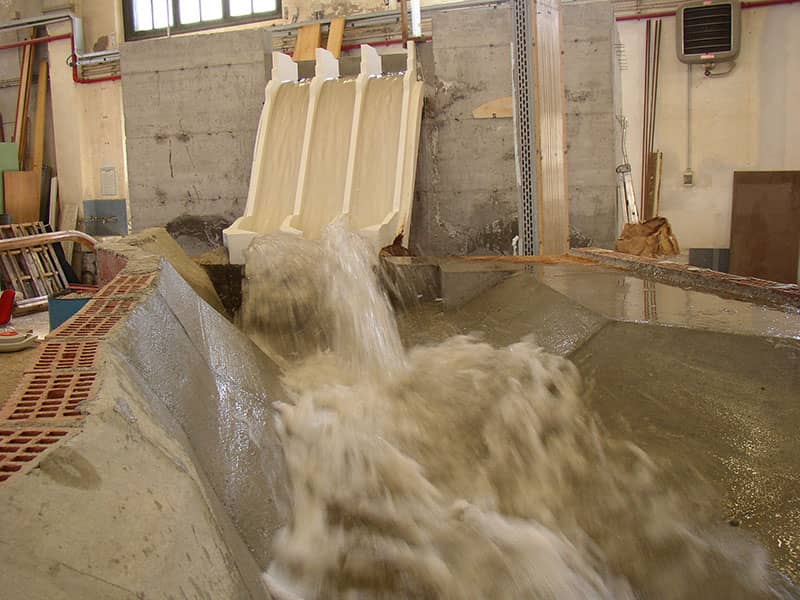 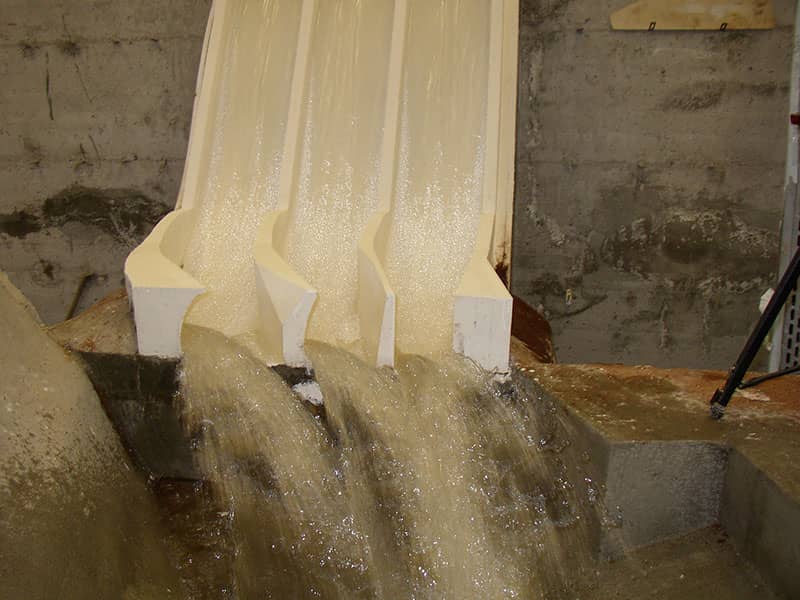 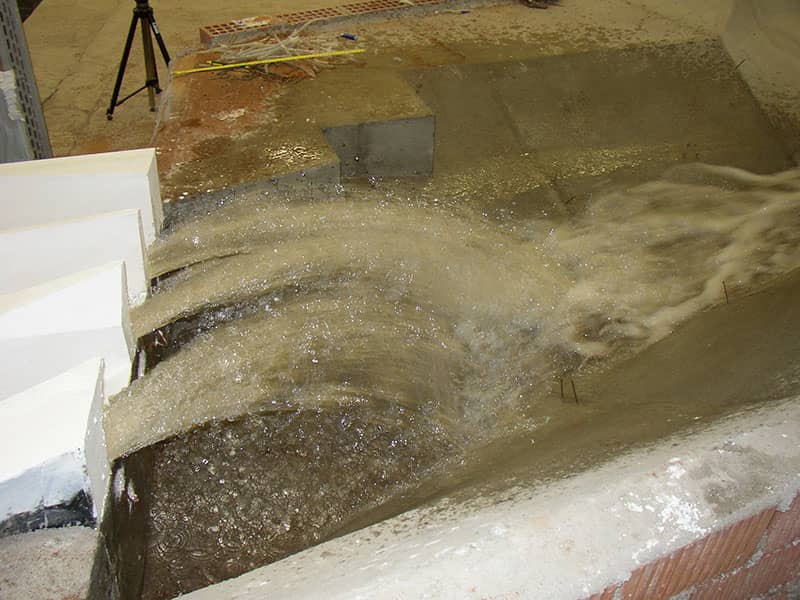 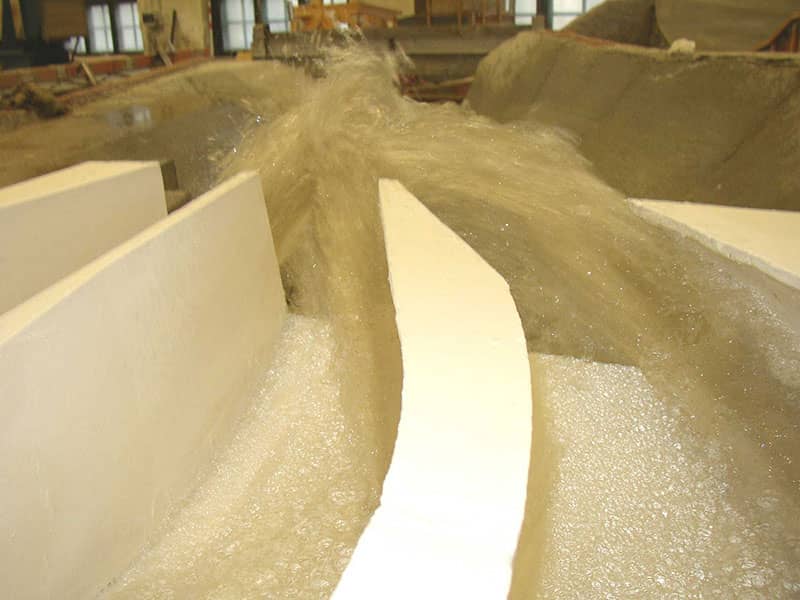 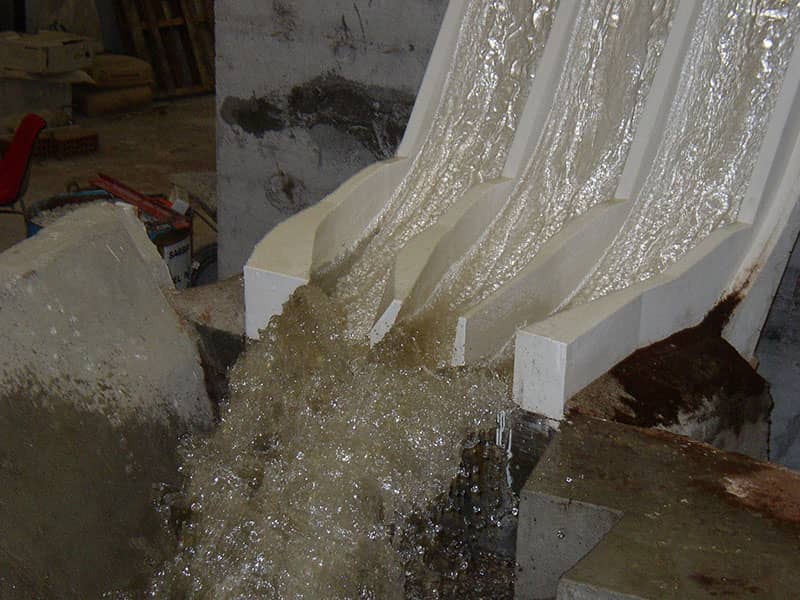 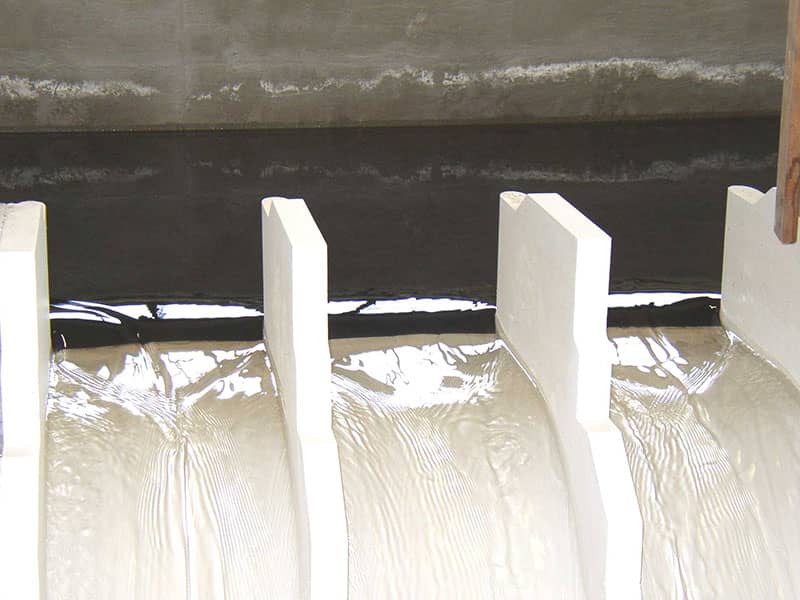